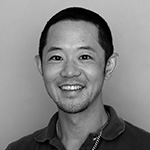 Ready to get started or have a question? We're happy to help!

Rabbit recombinant monoclonal antibodies represent a novel source of untapped potential and make great tools for use as research reagents or for high sensitivity immuno-detection in diagnostic assays. Rabbit antibodies are emerging as a unique source of lead candidates for therapeutic applications. Abwiz Bio has partnered with experts in rabbit antibody humanization, and our recombinant monoclonal antibody development platform is ideal for engineering humanized variants after the initial lead identification.

How are rabbit antibodies typically made?

But I thought rabbit Fabs do not perform well in phage display format?

Rabbit Fabs have a unique disulfide architecture that can cause expression problems in E. coli. Historically, this lead to the development of sub-optimal systems that do not use the full rabbit immune repertoire. This review article from 2017 recommends using chimeric rabbit/human Fab format-based phage display to avoid the expression issue. However, by using a novel patented antibody library construction method, "WizAmpTM" (US 9,890,414), and a proprietary phage vector, the RabWizTM platform has been used to develop functional antibodies for hundreds of targets, including peptide, protein and cell-based antigens, using a fully rabbit Fab-phage display platform. See some of the unique characteristics and advantages of RabWizTM below.

The unique disulfide architecture of rabbit Fabs is known to cause toxicity in E. coli, which degrades the quality of phage libraries. Others have used sub-optimal systems that restrict usage of the full rabbit immune repertoire. Our highly optimized Fab-phage display vector expresses rabbit Fabs without modification.

Through iterative improvement after creating dozens of rabbit libraries, we have created a primer set that covers the highest reported rabbit VH FR1 sequence diversity to date by including many FR1 sequences that are not currently in publicly available databases. Only by amplifying all antibody genes can you ensure that the entire rabbit immune repertoire is isolated during library construction.

In our patented WizAmp™ procedure (US 9,890,414), a single non-gene-specific primer is used to amplify antibody genes prior to digestion and cloning into the library vector. This enables uniform amplification of antibody genes, allowing creation of unbiased, high quality libraries.

Including diverse targets for diagnostic and therapeutic lead candidates

We have developed our RabWizTM through iterative improvement of each step in our protocols to create a robust platform that has been successfully used to create commercial reagents and diagnostic and therapeutic lead candidates.

In rabbit monoclonal antibody development, B-cell cloning is generally preferred over hybridoma technology as it overcomes the issue with poor antibody production from rabbit hybridoma cells. B-cell cloning is a technology that directly amplifies antibody genes from single B-cells to clone light and heavy chains from immune cells. There may be an initial stage of target specific selection of B-cells with surface IgG prior to the isolation of single B-cells.

However, whether using B-cell cloning or hybridoma approach, the number of cells that can be covered is limited (generally 104 to 105 cells) and there are no down-stream selection strategies that could efficiently remove cross-reactive clones or isolate binders to various epitopes and antigen types such as peptide, protein, and cells. Therefore, isolated antibodies are likely against dominant epitope(s) that are more immunogenic and may not show favorable specificity and function as these binders are often against less immunogenic and/or minor epitope(s). Furthermore, single cell PCR involved in the B-cell cloning may lose some of the clones and could have cross-contamination between the wells as it will require a very sensitive amplification from a small number of cells.

Compared to B-cell cloning, Abwiz Bio's patented antibody library cloning method WizAmp™ efficiently covers the maximum diversity from immune cells including antibody producing plasma cells to ensure the isolation of those clones against minor and rare but important epitope(s). Though Abwiz Bio’s proprietary Needle-in-a-Haystack™ phage display technology, this combines conventional animal immunization protocols with the robustness of phage display. These together enable the generation of antibodies with affinities typically attained only through hybridoma development, but doing so with the speed and diversity of phage display technology. The process allows for efficient, high throughput identification of rare binders with distinctive characteristics required for a specific application.

High affinity rabbit antibodies can be created in less than 6 months from the date of rabbit immunization. Abwiz Bio’s monoclonal antibody development platform is coupled with our friendly business terms (no royalties and minimal upfront fee).

AA huge advantage to RabWizTM libraries is that they are archived upon creation. Hybridoma and B-cell libraries cannot be archived in long-term storage without loss of cell viability, leading to loss of rare mAb clones. RabWizTM; libraries are stored as frozen DNA, allowing for selection strategies that require repeated selections, such as epitope masking panning, which enables isolation of rare clones recognizing neutralizing epitopes after initial selection of non-neutralizing antibodies recognizing dominant epitopes.

Abwiz Bio is pleased to perform contract work and to engage in co-development partnerships with a variety of research institutions and pharmaceutical companies. Abwiz Bio offers a variety of services that leverage our world-class, proprietary technology platform. Our partnership structure is highly flexible, and we are excited and interested in pursuing partnerships with pharmaceutical companies, research institutes or individual academic researchers. Call or e-mail us today to see how we can help you achieve your goals.

Get a Quote or Ask a Question

Curious about our process or pricing? Need Help getting buy-in?
Contact us right away- we'd love to help.

Sign up for the Abwiz Bio Newsletter to get actionable advice and exclusive deals direct to your inbox.